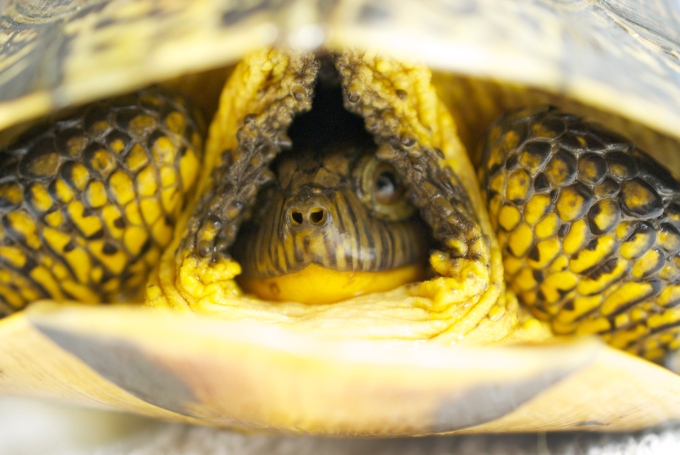 I have to get this of my chest. I can’t stop forming images in my head of Blanding’s Turtles walking down the road carrying all their worldly belongings in a suitcase as they make the epic journey down to the newly created wetland.

But wait a minute…it is not going to happen this way because we lack the skills to properly ‘notify’ the Blanding’s Turtles and other wildlife of the impending threat to their existence.

All silliness aside, I am referring to the recent proposal made to the provincial government by a major developer.

link to the proposal

This developer would like to build a subdivision on a protected wetland area near Ottawa. This area is protected because it has Butternut trees (listed SARO endangered), Least Bitterns frequent it (listed SARO threatened)  and Blanding’s Turtle’s live there(listed SARO Threatened).

In the proposal it states that the developer will create a wetland at an alternate location to ‘make up’ for the one that will be destroyed. That is great, but turtles are not exactly the serious migratory type…So despite the romanticized fairy tale I used earlier, in reality this means putting a subdivision on top of the Blanding’s Turtles…and destroying their habitat which will mean the majority (if not all) of the Blanding’s Turtles currently present in that wetland will die and it will also greatly effect the other herptiles who live in that wetland.

Granted female turtle’s will travel to lay eggs in a location that meets their criteria, but I can’t see how they can be motivated to move at mass to a newly created wetland within a time frame designated by a developer.

Turtle’s do everything slow…Look at them, they are modern day dinosaurs. Evolution can’t even make them hurry.

The proposal also request permission to remove 120 Butternut trees, but the remaining trees that are there will be fenced in so that they are protected…and they will collect seeds and replant seedlings…but 120 mature butternut trees will be destroyed…

The developer makes many suggestions in the proposal in an attempt to appear to minimize interference with the current SARO listed species present in this wetland,  but a lot of those measures seem unrealistic and far fetched to me.

I can’t help but think…if a new wetland can be created in an alternate location…would it not be much simpler to build the subdivision in this alternate location and leave the existing wetland and the species it harbors alone?